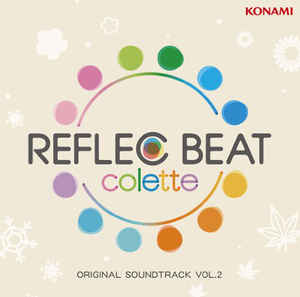 Reflec Beat’s gameplay consists of touching circular “Objects” as they reach the judgement area. There are two sets of judgement areas, one for each player and colour-coded red and blue.[2] Usually the second player is computer controlled, but can be human controlled using linked arcade machines, or a single iPad with the iOS versions.

Players are scored on the timing with which they hit the Objects; in increasing order of accuracy and score, timing can be marked as Good→Great→Just. On the contrary, players lose points if they miss an Object. Bonuses are given for a Full Combo (hitting all the Objects) or completing the song with up to 2 misses.[3]

Typically, a song is considered passed if a player achieves 70% overall accuracy on it. Other selectable victory conditions also exist, such as completing the entire song with a life gauge which decreases with missed Objects (similar to Dance Dance Revolution’s life bar) or causing a gauge to rise above a certain level by the end of the song (like the Beatmania series’ Groove Gauge).

The note types are as follows: 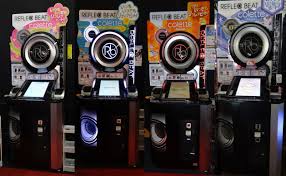